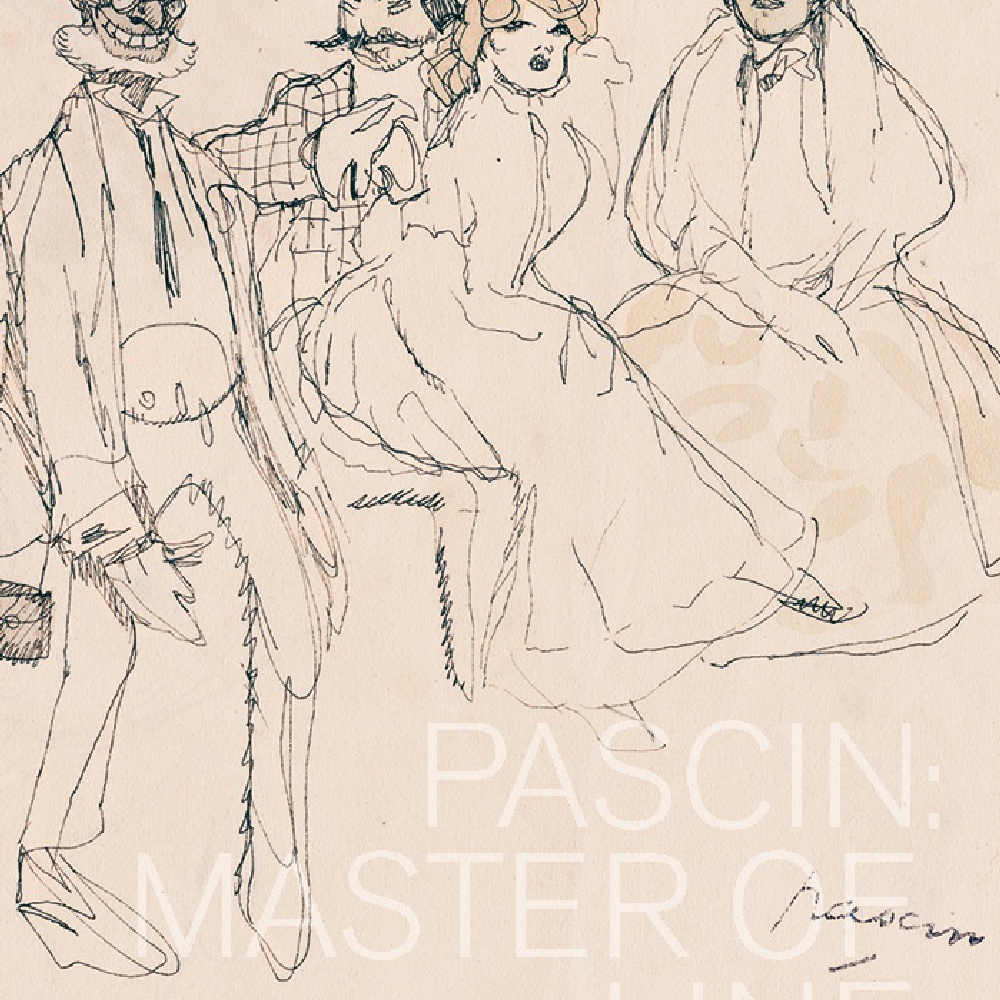 The catalogue has been produced to accompany the exhibition “Pascin: Master of Line”, organised from 6 October 2011 to 29 February 2012.

“…Drawing was Pascin’s most natural form of expression: with a line that was quick and nervous, he depicted scenes of daily life which he caught by watching the gestures, attitudes and expressions of his contemporaries. It was “people” who interested him. It was his language; he sketched his moods, his melancholy, his “mal de vivre”…

His drawings were highly regarded by Albert Langen, the founder of Munich’s “Simplicissimus”, a satirical German magazine, in which bourgeois society was harshly lampooned.

Even though the drawings are sometimes quite savage, his descriptive art is always imbued with a tenderness that is very moving. He sketched rapidly, without retouching his drawings, often in cafes, or in the brothels he frequented. Nothing escaped his sharp eye.

Authors of the articles: Rosemarie Napolitano, expert on the work of Pascin, Member of the French Union of Experts.